Exploring and Encountering the Divine Creator in the Creation

Having been in lockdown for what seems like forever now, I was wanting to create something which brought together people from across the world in a common act of Christian worship. It seemed there was a plethora of online church services where people could sit in front of their screens and look at what was happening. Some were one-way, others were interactive Zoom sessions. Having been involved with the Forest Church movement since the beginning (2012 !!!) I noticed there was little which effectively took people outside to experience the wonders of Creation, some meditations were available which are wonderful – go look them up. But with the whole world in a state, what could we rally around which we could tangibly see, being embodied creatures?

Looking up the calendar, I noticed that there was a Full Moon coming up before the end of the following week, so I decided that would be something universal that we could see and behold. We could all look up into the sky and see the same moon, wherever we are on the planet. This seemed like a great way to get outside, get fresh air, and enjoy Lady Moonlight as she shines down upon us, as she has for aeons gone by.

So, putting finger to keyboard, I began to pull together material I’d written six years ago when I was one of the facilitators of the East Midlands Forest Church, and set about brushing it off and fine-tuning it for 2020. “A Forest Church Full Moon Ritual” was reborn…. Now all we needed were volunteers to record various parts, and to edit them together. As this was a global event, we thought that “Calling the Quarters” should be done by people from each corner of the world, so attempted this feat. People from America, Australia, the UK and … Bourneville (yes, we couldn’t find anyone from the East, and I’m not going to pass up a wonderful and willing volunteer, plus, being a Black Country lad, it was lovely to hear a homely accent once more).

Video recordings were made, some re-recorded, some great first time. All sent to myself to edit together. This format was chosen as we were initially going to put together a video. However, it seemed more important to put together a soundtrack which participants could download to their mobile devices, then put them into Flight Mode in order to not be disturbed during the ritual. The video was edited a little while later, after the event, and facilitated people having their own input via videos and photos of themselves taking part.

We were working to a tight timescale, as it had to be available 12 hours earlier than UK time, for Australian participants to get a head start on us. By Thursday afternoon, the soundtrack had been edited together, uploaded and advertised on various social media groups. Phew! Now to relax and enjoy taking part in the ritual on the Friday evening, 10pm local time, after the moon has risen across each time zone of the planet. 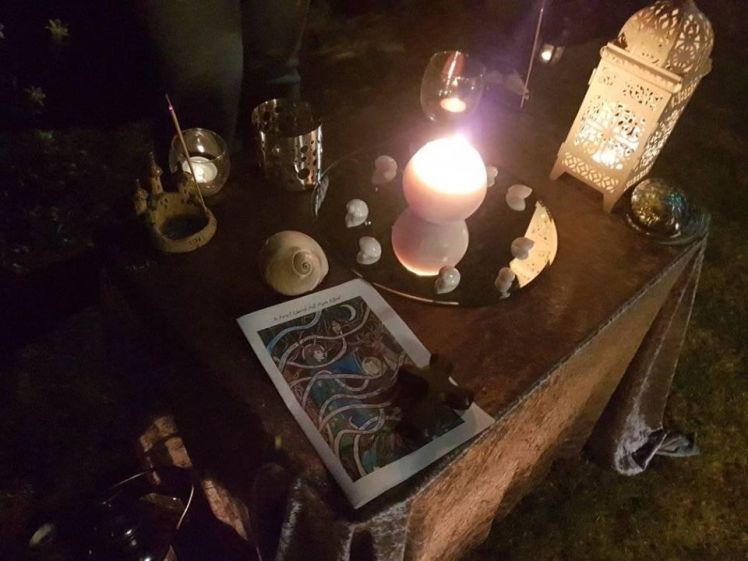 This is but one particular style of Forest Church, and not every one has a ritual approach. However, for myself and others in the Forest Churches I’ve worked with, something like this has been found to be a breath of fresh air from the usual Christian liturgies.  The blending of the best of Christian and Pagan styles means that we are looking at something organic and contextual to the current “greening” of the UK spiritual landscapes. Whilst some may baulk at the thought of such a blend, bear in mind that most church services today have a blend of various contextual elements pertinent to their congregations. Like any good fusion cooking, some stuff just doesn’t gel well together, but when the elements are right, something new arises which is tasty, wholesome and good for the spirit and soul.

The video will be posted up here in the next week – come back to see it soon!

A massive thanks to all the volunteers who helped in whatever ways they were able to:

The Voyage of Bran: With kind permission of Damh the Bard 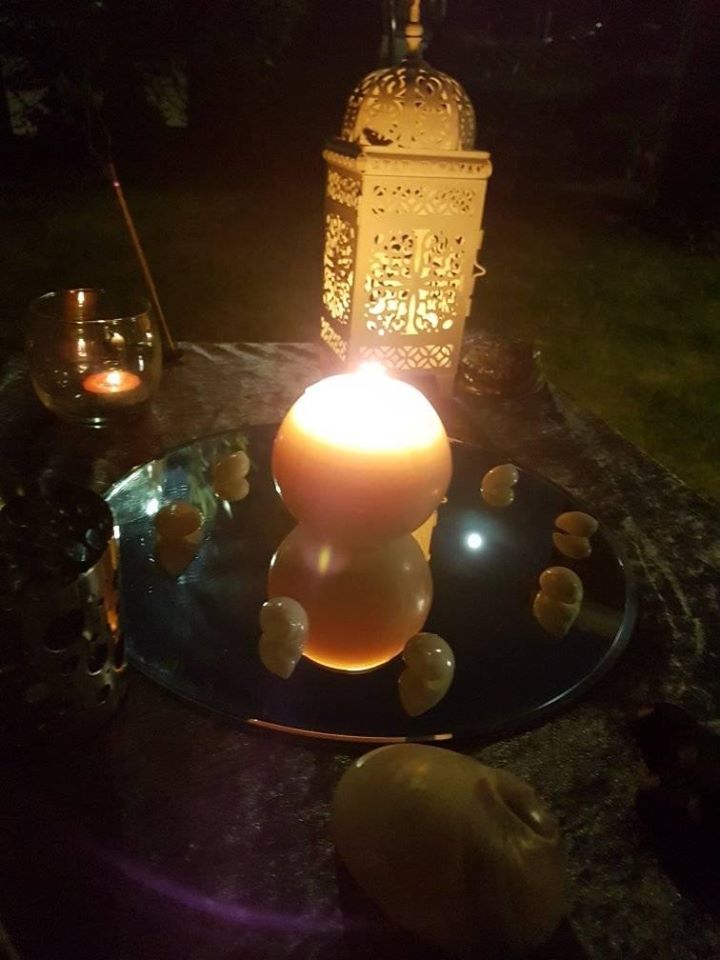